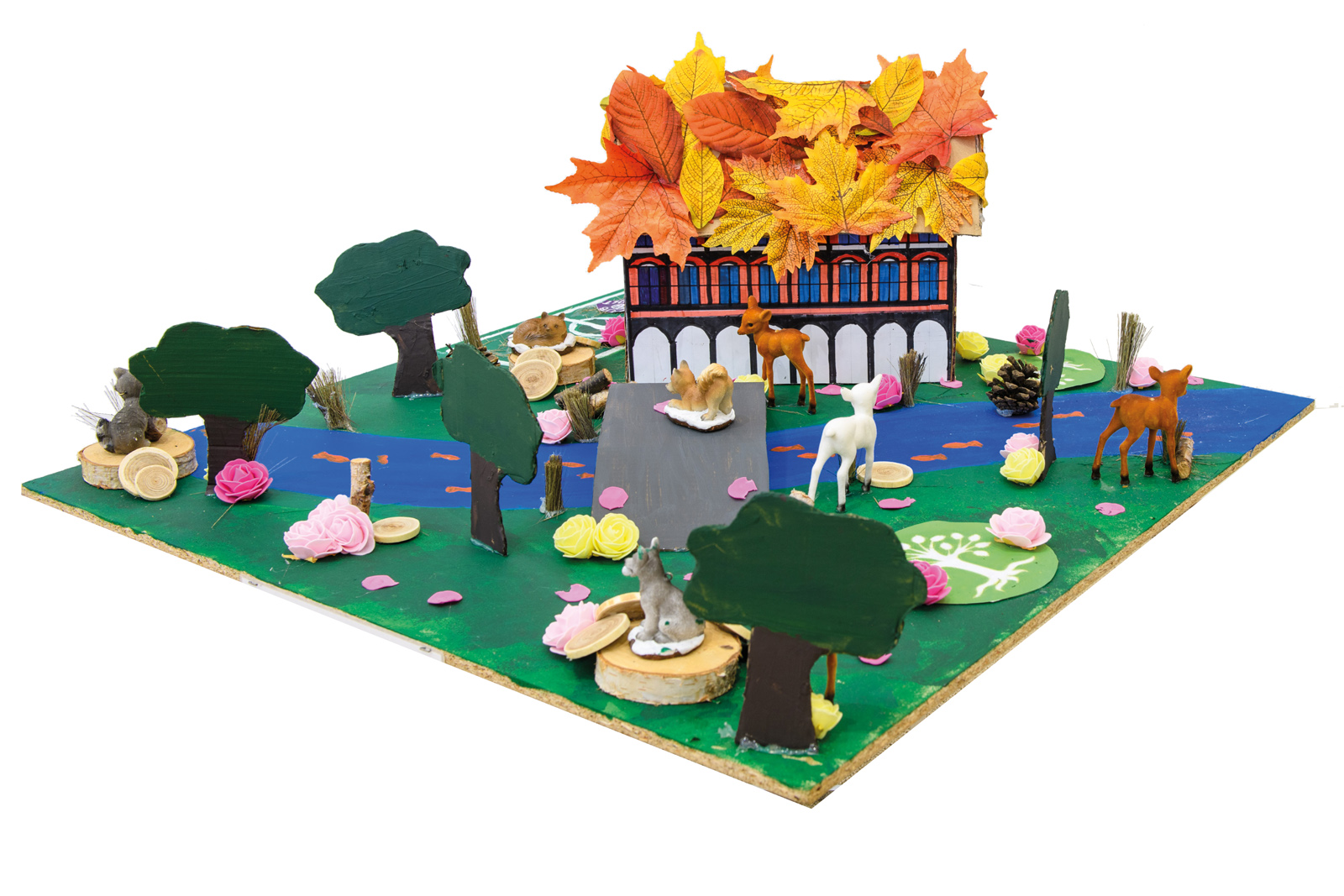 Class 8/a of the Hohe-Giethorst Schule, with eight participating pupils, gave their artwork the title “Bocholt wird grün”. And that is exactly what the creative group, accompanied by teacher Jenniffer Gamerschlag, showed: Bocholt’s historic town hall covered in colourful foliage, the River Aa with fish in front of it, greenery with animals and flowers everywhere. And of course the Bocholt coat of arms was not missing: the beech tree. 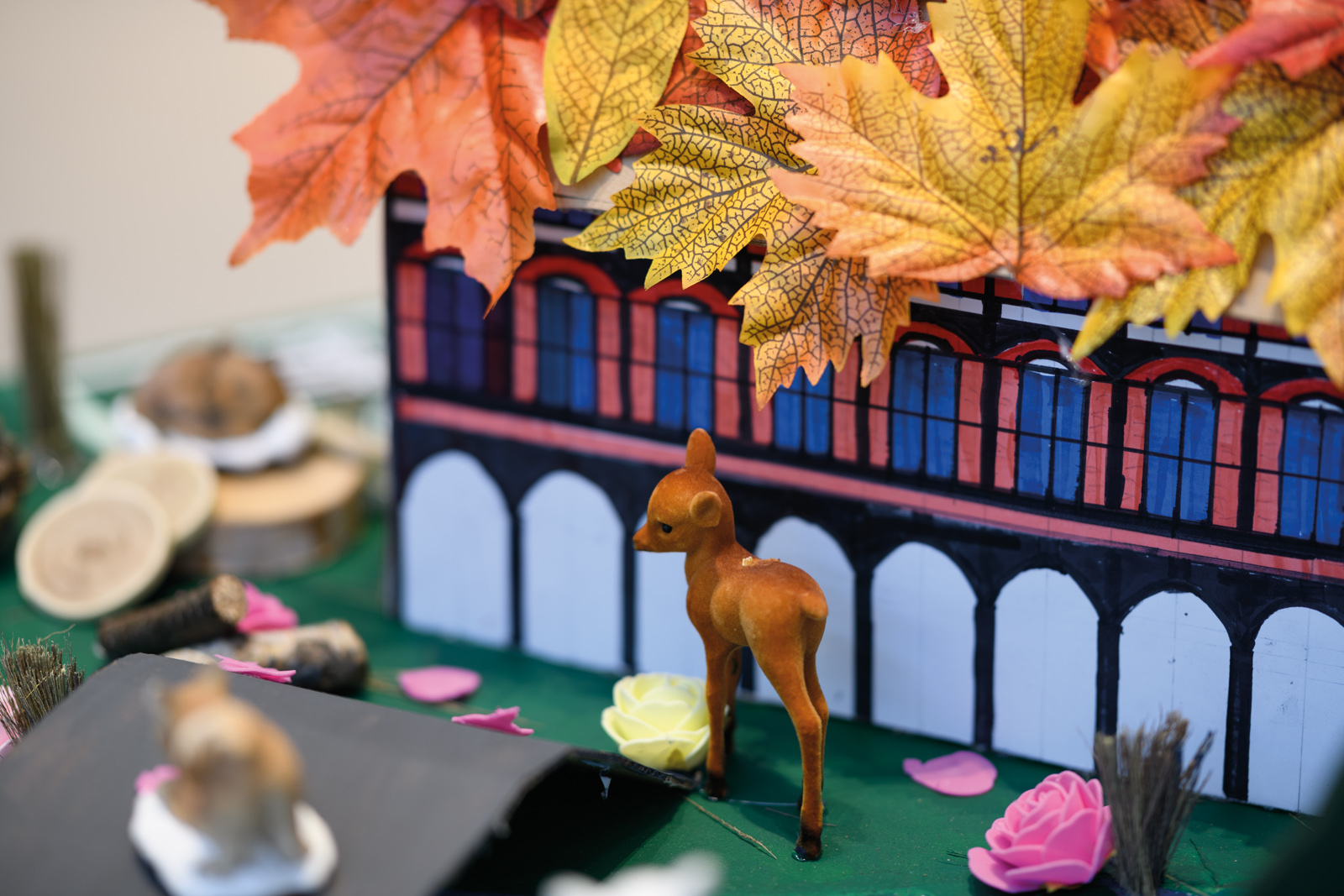