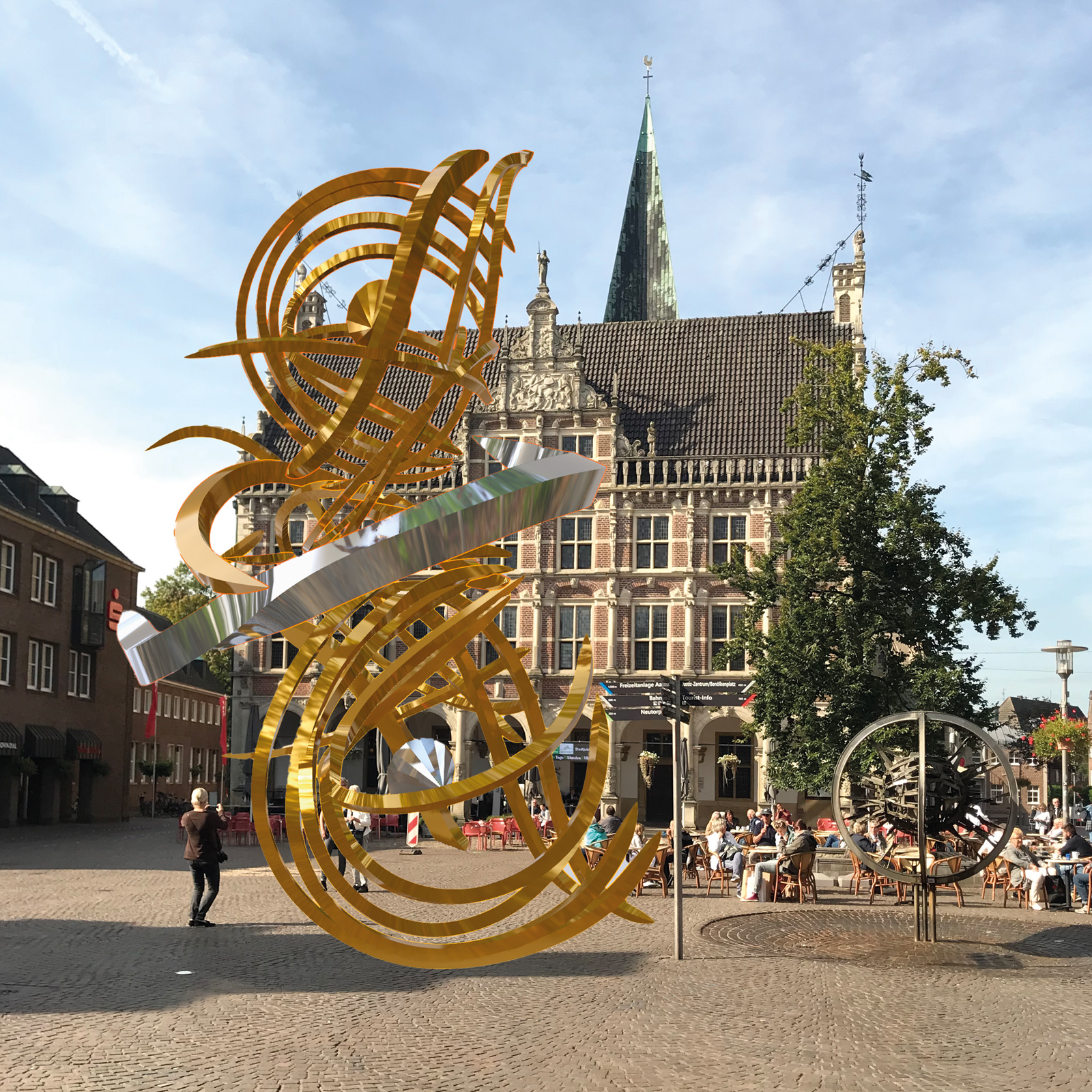 The Ukrainian artist Vera DG, who was a member of the 58th Venice Biennale in 2019, described her project idea clearly: she will create several augmented reality sculptures for which QR codes will be set up in the public space of the city of Bocholt: “AR (Augmented Reality) will open on the visitors’ mobile phones via Instagram or Facebook app, so that the viewers do not have to load any special apps on their phones to see the artworks. They simply scan the QR code and will see the artwork near them. They can interact, change the scale, take a photo or video and share on social media with geotags.”

The main AR sculpture, “OPEN SPACES 800”, in front of the historic Town Hall is dedicated to the 800th anniversary of Bocholt. The sculpture is set up in such a way that it creates a dialogue between the new digital art and the art of the pre-digital era represented by Europabrunnen, showcasing how rapidly the world transformed within the last 25 years. The sculpture, “Union”, at the Osterplatz in the form of a chain, symbolically conveys the meaning of connection: “We are all connected in this world by a chain, influencing the planet and people around us with our thoughts, ideas, and actions”. The sculpture, “Drop of the Ocean”, in front of the Stadtsparkasse is dedicated to the sustainability of oceans and the topic of how to keep oceans clean from the impact of humankind, reminding visitors that 1,5 million years ago Bocholt’s area was under sea level.

“For me, the visual image is always very important and musical. In my artworks I combine both aspects of calligraphy – western and eastern, in the unique, extraordinary way of combining abstract calligraffiti with portraiture and figurative painting. I believe that art changes the world and I am a part of this global and beautiful process,” Vera DG says.