Title: Past, present and future 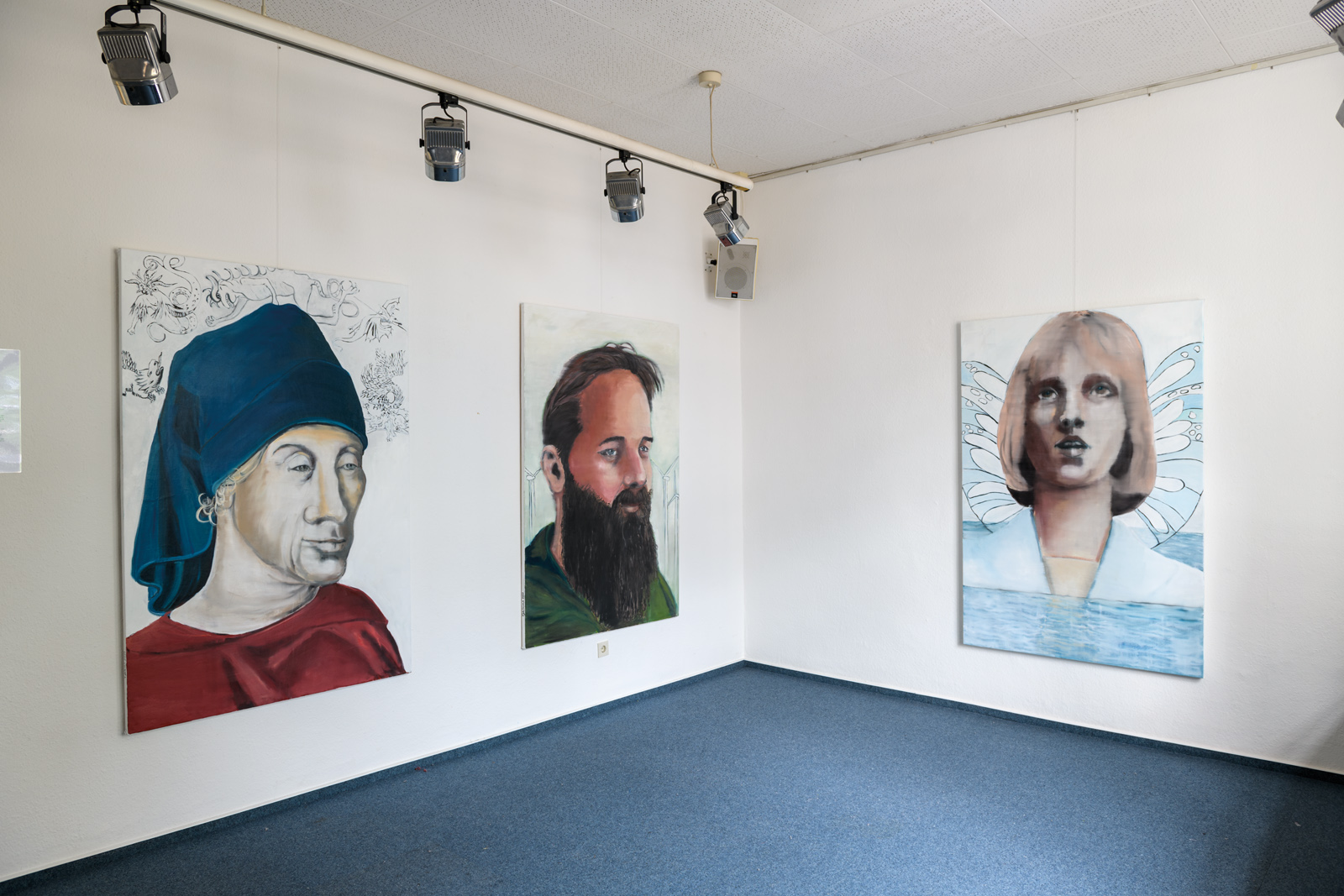 For the art project OPEN SPACES 800, Dutch artist Thea Zweerink, who comes from the with Bocholt-befriended border region, Achterhoek, wanted to dedicate herself to Bocholt people: “As an artist, I mostly paint people, people from the past, people who live nowadays. Every face is completely different.” However, she was not only interested in the past and present, but also in the (!) future. Three large paintings of 180 cm x 120 cm each was the goal: with people from three times.

“In the 800 years of the town’s existence, many different people lived in Bocholt. In each time, people looked different, the clothes, the appearance and the look in their eyes,” the artist explains. As a preparatory step, she looked at people from Bocholt’s past. She decided on the artist Israhel van Meckenem the Younger (ca. 1440/1445 – 1503).

“The people as they look today: I meet these people in the city, on the street.” For this, Thea Zweerink called on Bocholters – no matter how young or old – to come to the Kunsthaus to perhaps have their portrait painted. At the beginning, there was a casual conversation in which the guests were also asked to tell one or two stories. From this, the creative procedure developed. The artist made several portrait sketches of visitors – in the end it was a male Bocholt resident she painted.

But the person in the future, what are the characteristics of the future people? Thea Zweerink painted a portrait of a female angel surrounded by water. With this third picture, the viewer is inevitably invited to let his own thoughts, his own feelings be stimulated.