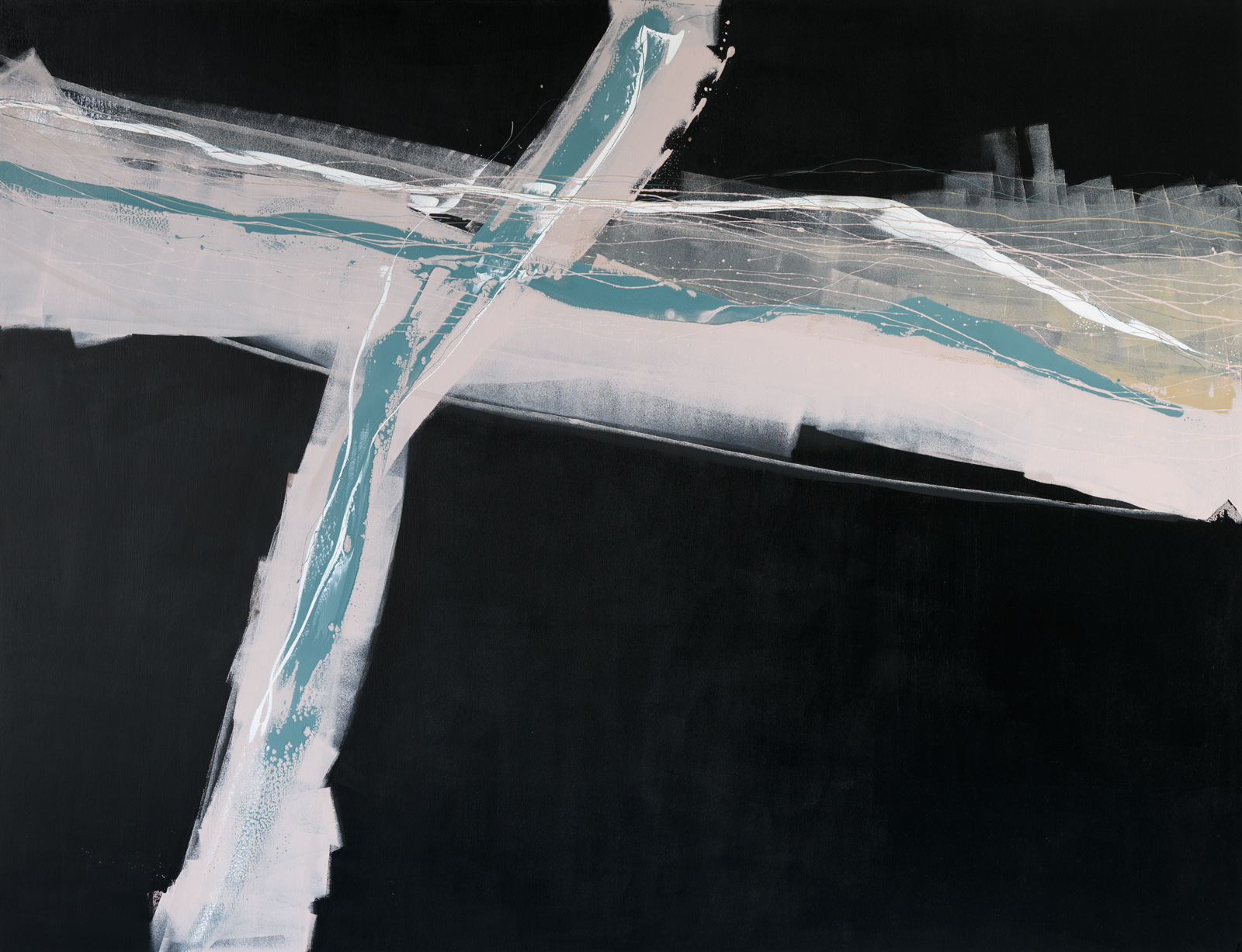 Marco Büning already clearly stated in his project description that he wanted to produce a large-format work of at least 2 x 2 m on canvas. And that is exactly what he has realised for the OPEN SPACES 800 project.

“My works, especially when I work abstractly, are created freely. I let myself be guided by my intuition, but of course I make reference to the theme,” the artist describes his working method, which, he says, is very dependent on the location of the creation, on fellow artists, on visitors, on conversations and on the current socio-cultural, political, the economic and social situation of the city, the country and the world.

For Marco Büning, it was important from the beginning that each brushstroke was a declaration of love for the city of Bocholt with its little river, its small houses, its little woods and its people: “Bocholt is my home, I love this town, I love the people, I love our language. For me, there is almost nothing better than walking through the weekly market in the morning. In spring, it smells of strawberries and flowers. People chat, and greet each other. I’m used to dealing artistically with this city, with its people, with its past, its future but above all with its present.”

Anyone who looks at the abstract, dynamic painting created for OS800 will be able to discover a lot for themselves. Perhaps it is paths that connect town and country … the Bocholter Aa, which becomes a border river and is called Aa-Strang in the Netherlands … the shape of the border cross …