Title: A thousand years of Bocholt 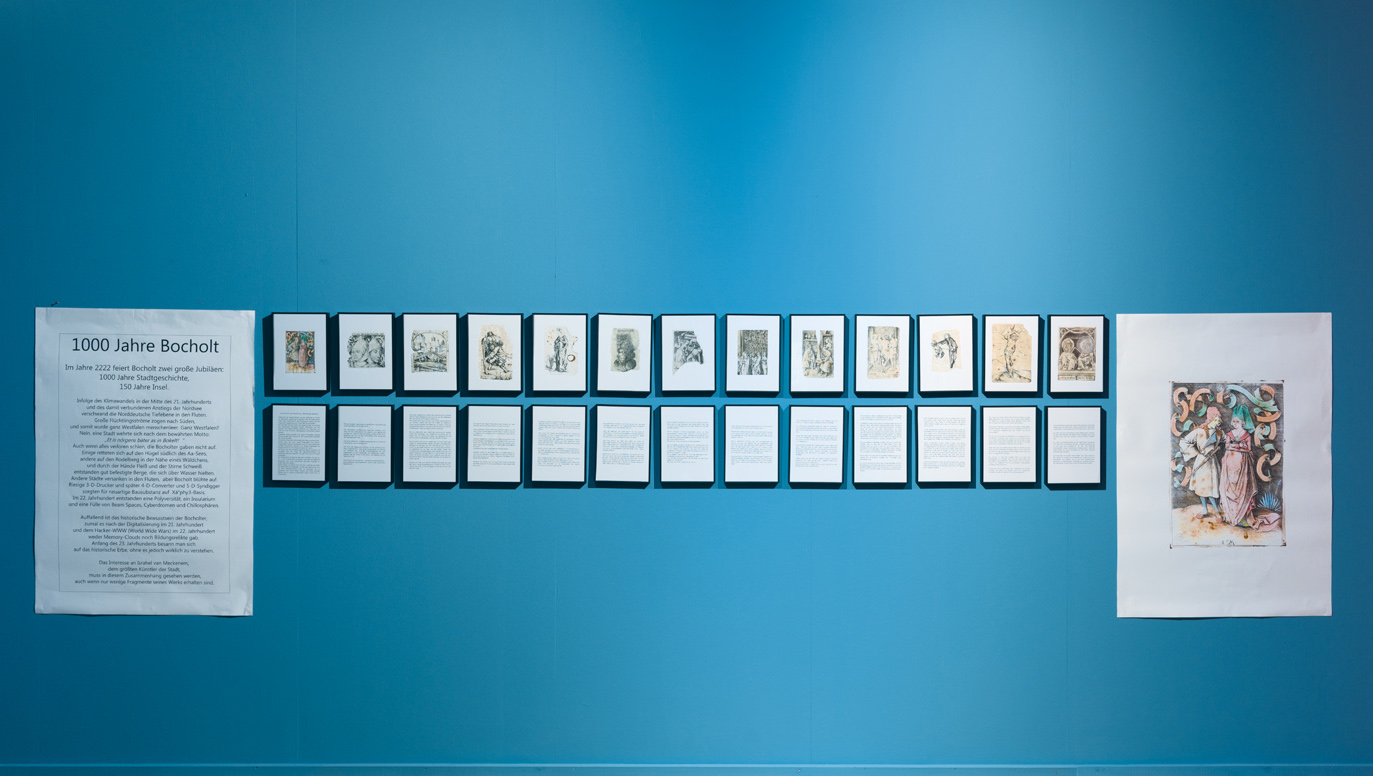 “In the year 2222 Bocholt celebrates two great anniversaries: 1000 years of city history, 150 years of the island. As a result of climate change in the mid-21st century and the associated rise of the North Sea, the North German Plain disappeared under the floods. Large streams of refugees moved south, and thus the whole of Westphalia became deserted. All of Westphalia? No, one town fought back according to the tried and tested motto: Et is nörgens bäter as in Bokelt!” With these words Klaus Cordes describes his thought-provoking as well as satirical image-text collage of a Bocholt in 2222.

The Bocholt artist had in mind to create images and texts in a “utopian and dystopian” way, in keeping with the concept of OPEN SPACES 800, with a space-time perspective that looks at a possible urban development.

Visitors were invited to join the artist in the 23rd century: Forward into the future! With the question: what has become of the works of the artist Israhel van Meckenem, who worked in Bocholt in the 15th century? Klaus Cordes describes it like this: “The historical awareness of the people of Bocholt is striking, especially since there were neither memory clouds nor educational relics after the digitalisation in the 21st century and the hacker WWW (World Wide Wars) in the 22nd century. At the beginning of the 23rd century, people were reflecting on the historical heritage, but without really understanding it. The interest in Israhel van Meckenem, the city’s greatest artist, must be seen in this context, even though only a few fragments of his work have survived.”

Klaus Cordes’ pictures and texts show ingenuity and humour: Collaged fragments from partly torn, burnt and questionably coloured Meckenem engravings: textual interpretations that even knew how to find the “Me Too” theme in the latter’s works.