Title: The struggle with clay and time 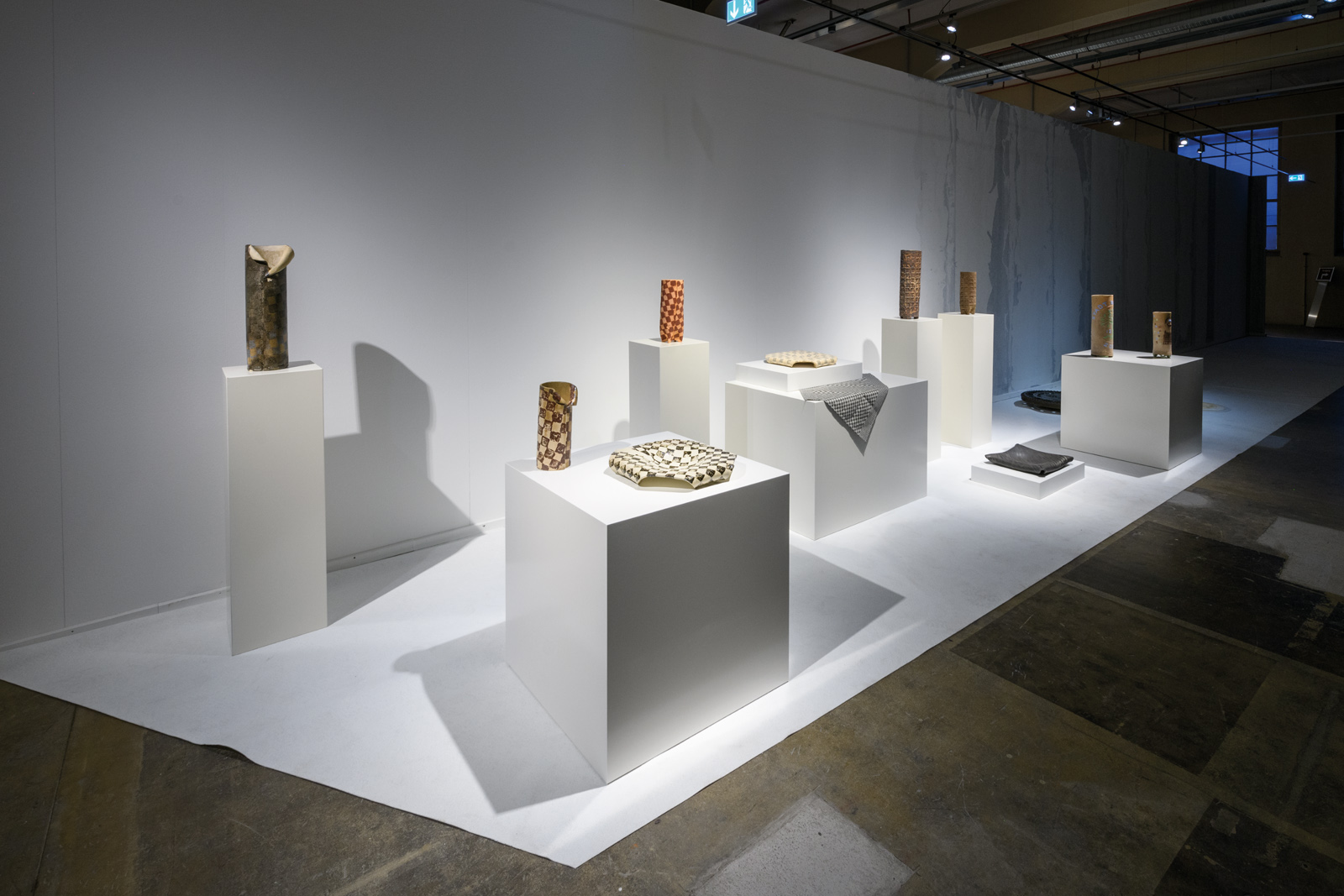 “When I travel, I take pictures of manhole covers. They often have a historical background. I hope to find them in Bocholt too, so I can use them in my work. Another historical aspect of Bocholt that appeals to me is the old textile industry. Which kind of textiles were produced there? That’s what I want to find out,” Ed van Eeden explains his project idea for OPEN SPACES 800 and adds: “I will make prints in clay of manhole covers and turn them into vessels.”

Ed van Eeden was accompanied by his wife Bibi Kriek, who is also a ceramic artist, and supported him during the workshop period in September. The working process, for which only ten days were available, started with printing in soft clay of the image of the manhole covers. The result was a negative of the original. Next the print of the negative was made on a slab of clay, after which the slab was formed into a vessel. After drying the objects were washed, painted or stamped with coloured clayslibs, thereafter whether or not glazed and fired in the gas kiln. The firing took almost an entire day, because the kiln must be fired slowly from 0° C till 1000° C,  because of the transformation of clay into stone and to prevent breakage.

The result is four vessels with manhole cover patterns including one with the carnival image of the Bocholt Carnival Association, three ceramic vase forms and three folded bowls with the stamped decoration of the typical “Grubentücher” (towels) as they are woven in the TextilWerk Weberei in Bocholt.